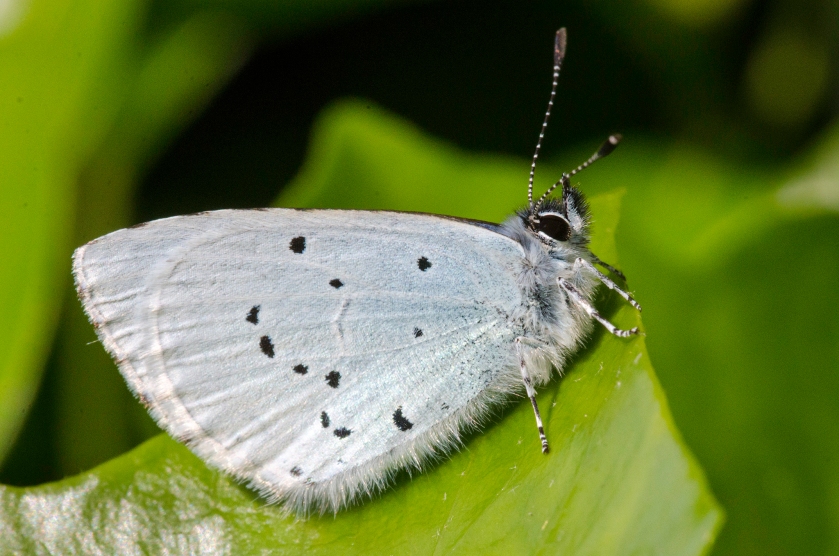 Alfie spotted a Holly Blue (Celastrina argiolus) in the back garden this morning, In fact it was one of 3 hanging around in the ivy. We did see the lovely deep blue of the open wings, but they never stay that way for long. It seems like a good year for the holly blue, i’ve never seen so many. They actually have an interesting a boom / bust cycle over about 4 years…

As they get commoner and commoner, they are increasingly parasited by the ichneumon wasp which injects it’s into the holly blue caterpillar. It doesn’t kill it, but grows inside the larva. When it pupates, it’s the wasp that emerges!

I was pleased to photograph this butterfly as I’ve never had the opportunity to get so close before.